‘Archbishop William Temple was undoubtedly one of the great men of the twentieth century. The issues with which he concerned himself – social welfare for all, education, ecumenism and evangelism – remain at the heart of the Church’s life today. William Temple had immense gifts and, not least the ability to overcome the barriers of class, Christian denomination and political allegiance. He was recognised as both a man of God and a man of the people. Most of those who met him were inspired by the encounter.’ (Bishop Alan Blackburn in the Foreword to WILLIAM TEMPLE: A Calling to Prophecy by Stephen Spencer)

Archbishop William Temple (1881-1944) was a remarkable and influential man. As a school, we should be very proud to be named after him. He was Bishop of Manchester, then Archbishop of York before becoming Archbishop of Canterbury in 1942.

When he became Archbishop of Canterbury, the country was facing many difficulties, especially the continued threat of Nazi aggression. At that very dark time during the Second World War many people were expecting and fearing a Nazi invasion, and Archbishop Temple was a leader who encouraged people to hope.

Archbishop Temple also publicly supported Jewish people at a time when anti-Semitism was widespread, and the persecution of the Jews under Hitler was at its height. He co-founded an organisation called the Council of Christians and Jews (CCJ) which is still a powerful organisation supporting interfaith dialogue.

However, Archbishop Temple is probably best known for his work for social justice. He believed in the rights of all people, whether they are rich or poor. He also was a driving force for the 1944 Education Act, which provided free education to all children. Archbishop Temple believed that human freedom depended on society as a whole, in particularly the state having a positive role through education to equip people properly for a purposeful and creative life in which they could play their part in moving society forward. In 1942, Temple wrote Christianity and Social Order. In it he encouraged Christians to call upon Government to prioritise certain things, such as:

- Every child should be a member of a family housed with decency and dignity, so that they could grow up happily and unspoilt by underfeeding or over-crowding or by dirty and drab surroundings.

- Every child should have the opportunity of an education in order to develop fully. This education should throughout be inspired by faith in God and find its focus in worship.

- Every citizen should have sufficient leisure time, with two days of rest a week and if an employee, annual paid-leave in order to enable them to have a full personal life and opportunity to develop interests and talents.

One of the practical things that Archbishop Temple did was to create the Diocese of Blackburn, the diocese in which our school and local churches reside. He was Bishop of Manchester at the time but this diocese was getting too big and difficult to manage. He looked at options for creating a cathedral in Preston, Lancaster and Burnley but opted for Blackburn. There were many practical reasons for choosing Blackburn over the other areas including the train links and the potential to develop the church which would then become the cathedral.

So as a school we are named after a very special person, and we would do well to remember his work to bring about justice to different groups of people. But his life’s work was firmly based in his Christian faith. He summed up his beliefs, and that of other Christians, in these words.

“My worth is what I am worth to God; and that is a great deal, for Christ died for me.” Archbishop William Temple said many wise things, a large display in school (pictured above) reminds us of them. Here are some more of the quotes that are attributed to him:

When I pray, coincidences happen, and when I don't, they don't.

To worship is to quicken the conscience by the holiness of God, to feed the mind with the truth of God, to purge the imagination by the beauty of God, to open the heart to the love of God, to devote the will to the purpose of God.

True worship is when a person, through their person, attains intimacy and friendship with God.

The Church is the only society that exists for the benefit of those who are not its members.

The first ingredient in conversation is truth, the next good sense, the third good humour, and the fourth wit.

Humility does not mean thinking less of yourself than of other people, nor does it mean having a low opinion of your own gifts. It means freedom from thinking about yourself at all.

The best rules to form a young man are: to talk little, to hear much, to reflect alone upon what has passed in company, to distrust one's own opinions, and value others that deserve it.

A man's wisdom is his best friend; folly, his worst enemy.

The greatest medicine is a true friend.

The greatest pleasure in life is love.

Art is the effort to appreciate and express the God who is its Beauty.

Science has its being in a perpetual mental restlessness.

The most influential of all educational factors is the conversation in a child's home.

One who faces his own failures is steadily advancing on the pilgrim's way. 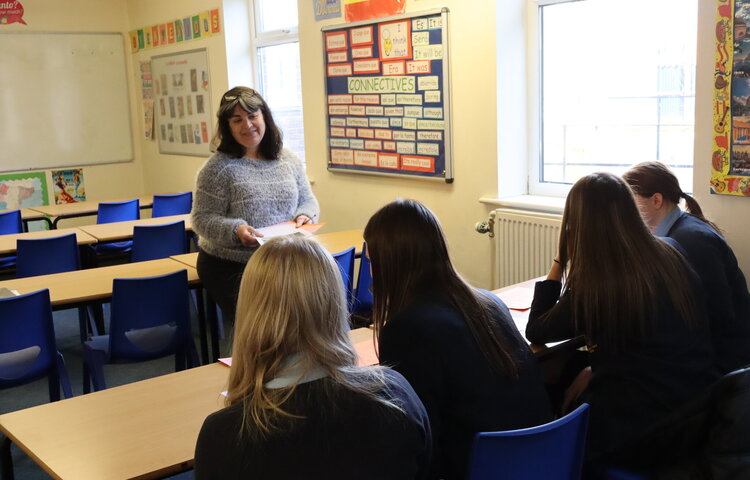