Book Swap Creates a Buzz in the Library

There was a buzz in the library yesterday as the Book Swap got underway. Nearly 90 books were donated by pupils for the event, in exchange for Book Swap Tokens, which they could 'cash in' at the Book Swap.

There was a wide range of titles to choose from including books written by David Walliams, Michael Morpurgo, Michael Grant, Rick Riordan, James Dashner and Jacqueline Wilson. “Our pupils really embraced the Book Swap,” said Mrs Dearden, school Librarian. “Hopefully it encouraged those who don’t read as much to come to the library.”

The Book Swap idea was generated by year 7 pupil, Adam, he was pleased to see so many people coming to the library to take part in the swap, “It is nice to see people here choosing books, it has brought a lot of people into the library. I brought in 6 books to swap, so far I have chosen two; ‘Blackout’ by Sam Mills and a Theodore Boone book by John Grisham.” Other pupils enjoyed the Book Swap, year 9 pupil Cleo said, “I think it’s a really good idea, I brought books in to swap. I think it will get children to read more.”

Year 7 pupil Catriona said, “Lots of people have books at home that they have already read, they won’t read them again, so it’s good they can bring them to the Book Swap. I kept forgetting to bring my books in but I definitely want to take part in a future swap.” 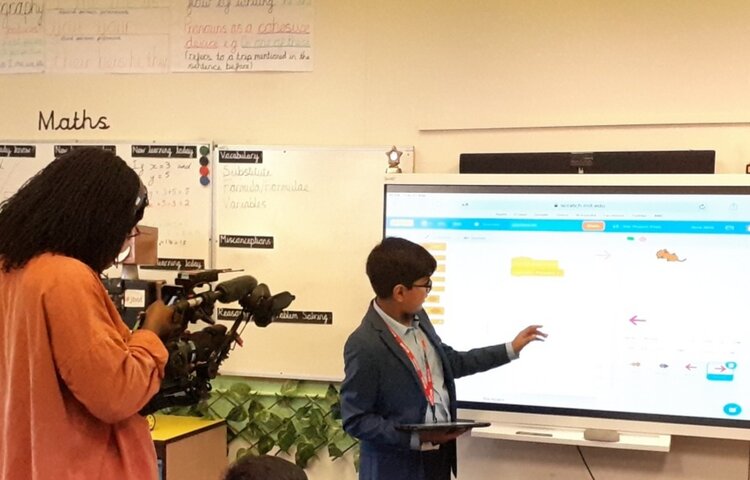