The Drama department regularly organise theatre visits to support the GCSE curriculum. During the Easter holiday pupils travelled to see Shakespeare's psychological thriller 'Macbeth', this is how they got on.

We set off at 3pm on the 26th March for our trip to the Royal Shakespeare Company Theatre in Stratford upon Avon. After a 3 hour coach journey, we arrived in the beautiful Cotswold village and took our places in the upper circle of this lovely theatre with a really good view of the action on stage below us.

It was quite exciting to see 2 famous actors playing the main roles. Christopher Eccleston and Niamh Cusack as Macbeth and Lady Macbeth. The production was done in modern daywear with a basic set and it was interesting that the witches were portrayed by little girls dressed in pink ‘onesies’ and with naked baby dolls ‘hanging’ off their arms. The accompanying ‘music box’ style music which played when they were involved in the action was really creepy!

One actor that was really funny, despite the play being a tragedy, was the ‘night-watchman’. The actor deliberately played him ‘expressionless’ throughout the performance and the audience really enjoyed him walking around and through the action with a carpet sweeper, clearing up the mess as Macbeth’s actions got ‘messier’

Although a long, wordy play that was sometimes difficult to follow because of the ‘director’s interpretation’ of the piece – one pupil still described it as a fantastic learning experience! 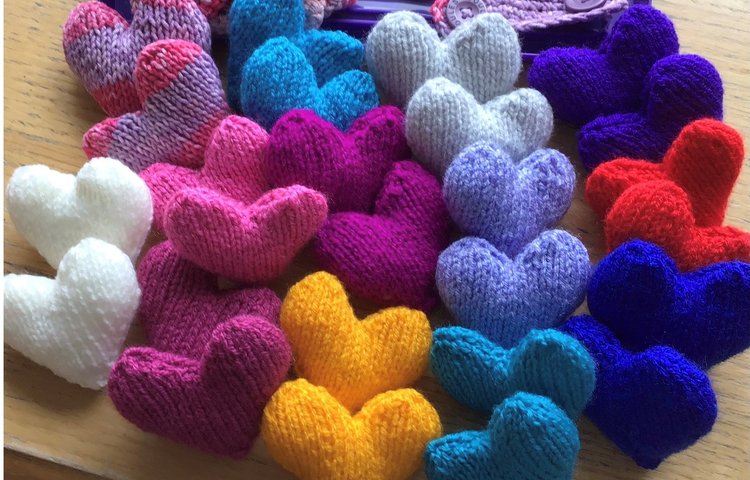 Beautiful knitted hearts for the NHS